Surrounded by your more typical housing typologies, the concept behind this master plan was to provide a different housing typology not common in the neighbourhood- small footprint, lower costs, sustainability and something that is more relevant to the modern-day living requirements.

The masterplan consists of three groups of row housing. Two blocks of three storey walks ups and 1 row of 2 storey dwellings all with their own courtyards. The benefits of this housing typology was the ability to increase housing on a smaller footprint. A large portion of the site is designated to become a community park.

If a more traditional development approach was used, to achieve the same housing numbers, a larger portion of the land would have be used removing the ability to provide a large open space for the neighbourhood. Result would be segregated dwellings with private yards, instead, these houses are provided with a smaller private courtyard or balcony that opens out to the large park. They get the benefits of both. The increased density and taller housing stock, still achieves enough yield that offsets the land provided for the park.

Two scenarios were proposed to test the layout of the built forms and open space. In the end option one was deemed more suitable, as park is located on the road interface which provides a buffer for the new residences. Being a main road, it was best to not have the housing directly adjacent to the road. Also by having the park along the road it had a better relation to the existing pedestrian thoroughfare along the main road which links to the local shopping centre, better connecting it to the broader community.

This development is a good example of how increased density on a smaller footprint has benefits for the broader community. 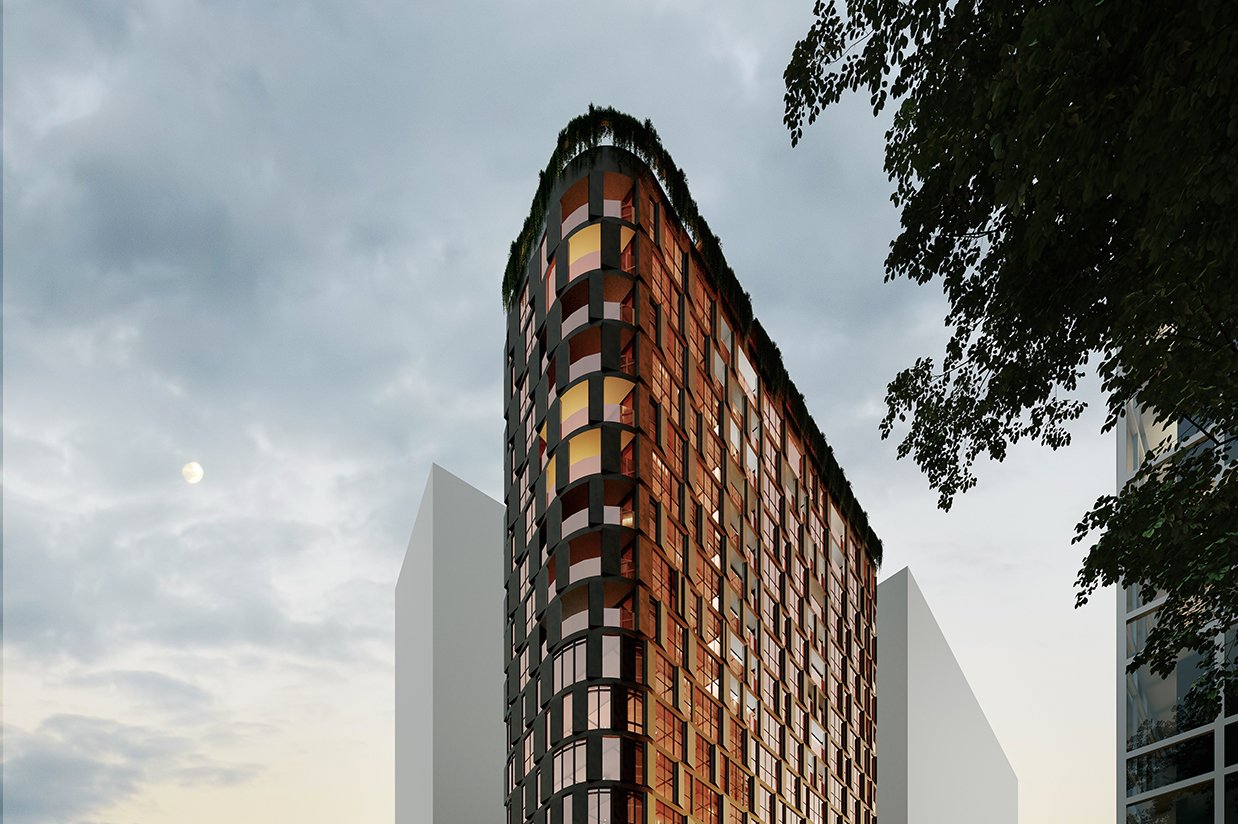 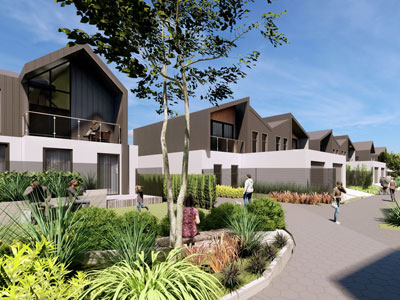 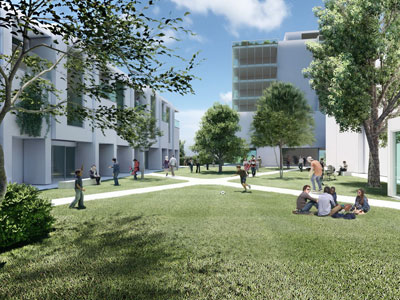