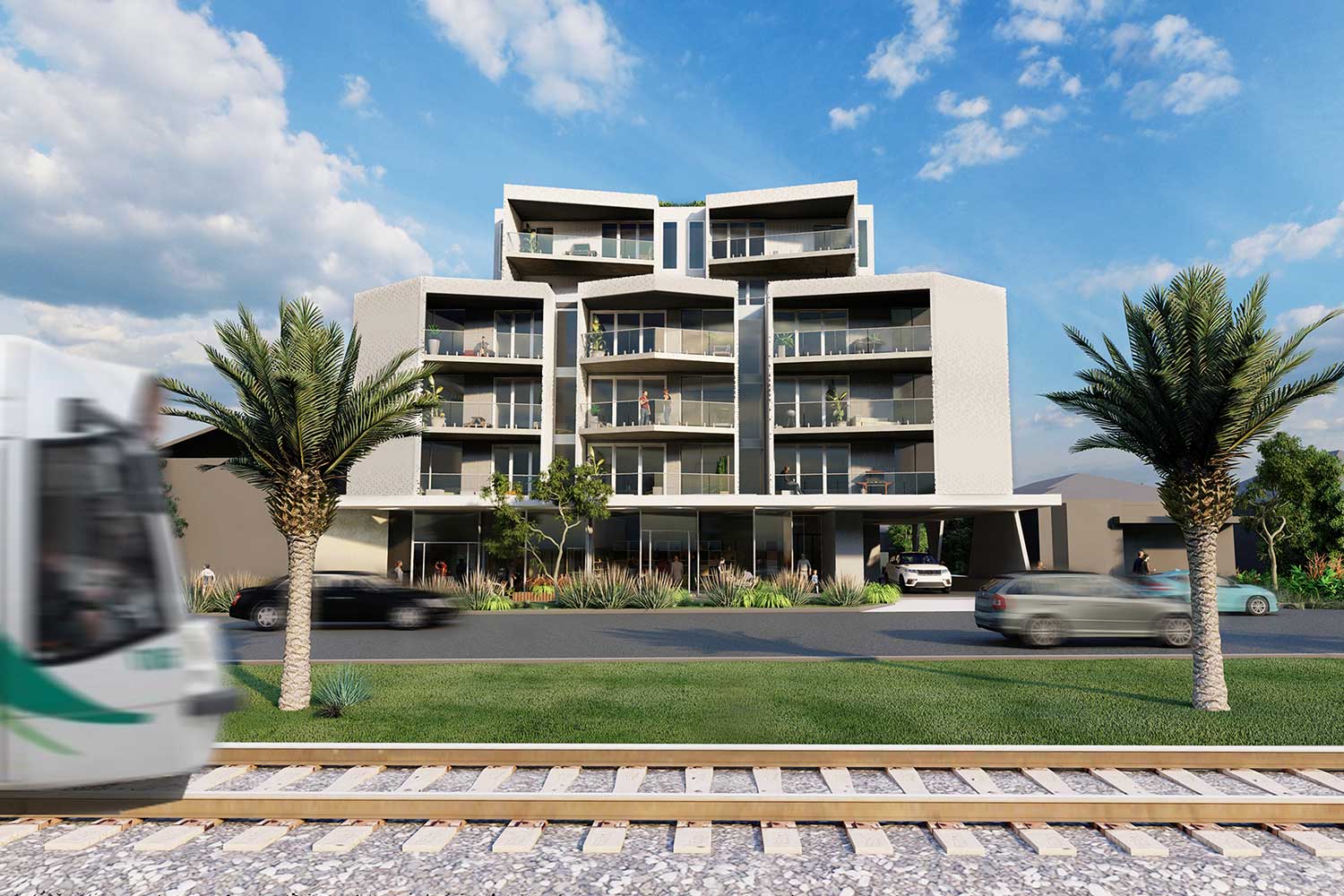 Essendon 2 development signifies our continuing relationship with the developer and our shared values of good apartment living that supports community development, both within the building and in broader context.

This project is a six-storey multi-residential building consisting of 48 apartments and 2 commercial tenancies with two levels of basement car-parking.

The site is in a desirable location in close proximity to the CBD, public transport, parks and the diverse cultural and commercial hotspots nearby. The surrounding amenities and the diversification of building typologies in this regenerating precinct indicate that an intelligently conceived form of housing will not be at odds with its environment. It employs carefully considered design principles which allow the building to sit comfortably within its context as well as affording a high level of amenity to its occupants and neighbours.

The composition of the building mass was conceived through a series of urban design considerations.  Commercial spaces are located facing the street thereby creating an active public realm while ground floor apartments are located to side and rear with a relatively subtle interface to adjoining residential building.  Upper levels are staged over a straight-up 3 levels which align with the general scale along the street and other buildings. Then a stepped form with additional 2 levels.  Exterior form is sculpted to create an interesting interaction with the street while maximising the daylight exposure to apartments and establishing strong visual connection to outside. One important compositional element in the project is the large roof top communal space that incorporates a lounge/dining space and a garden. This meaningful and usable ‘roofscape’ is a place where occupants can meet, rest, read, eat, and reflect.

Trapezoidal form that has emerged out of the sculpting has been applied to building elements such as shape of terraces and street-level canopy whilst also being used as a motif for the design of perforated metal facade and frit pattern for glazing. 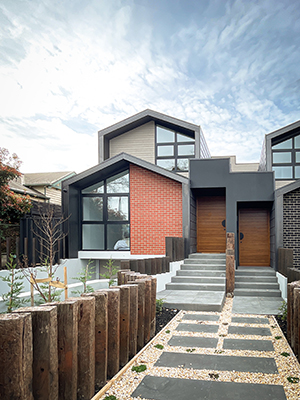 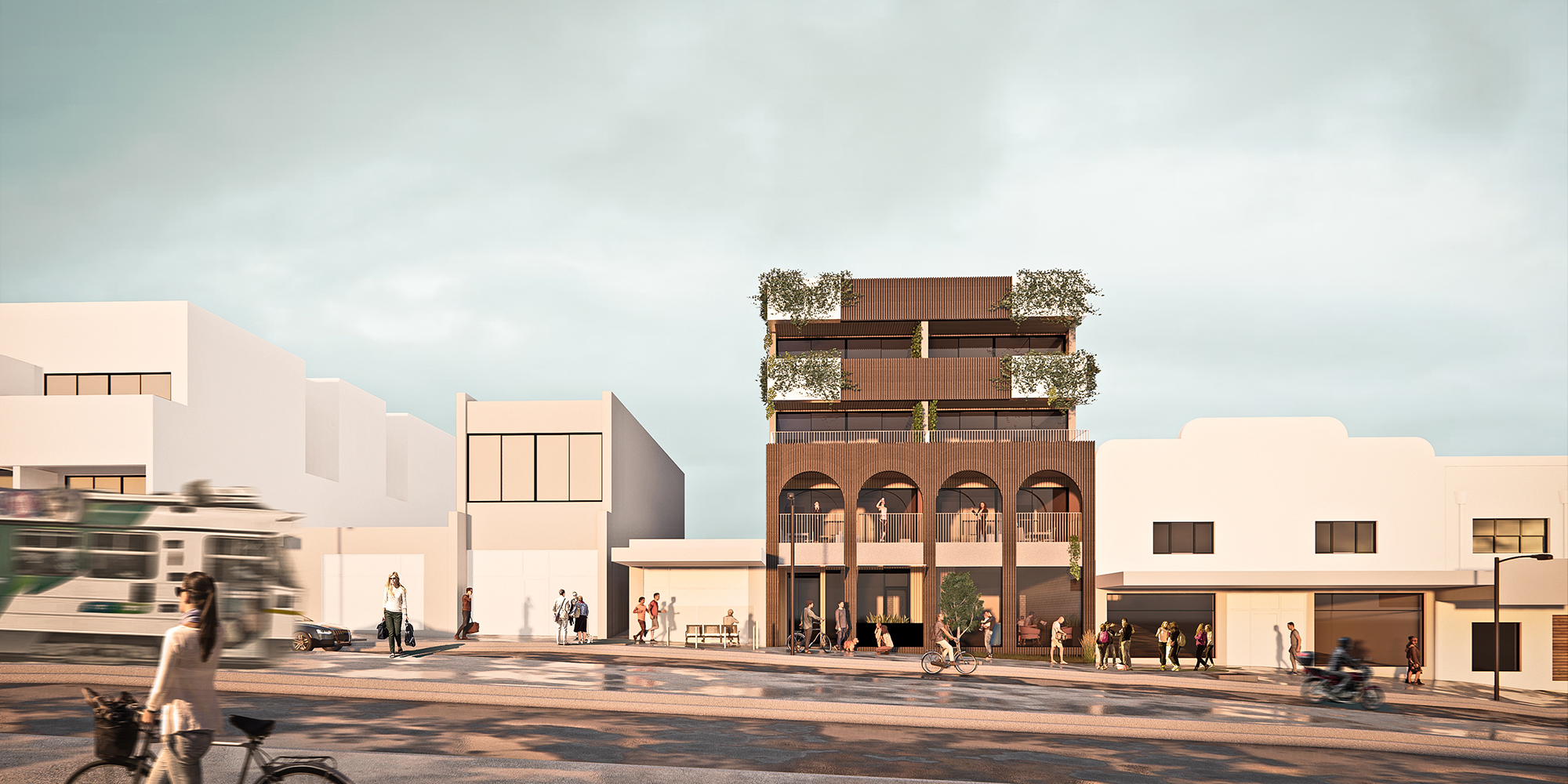 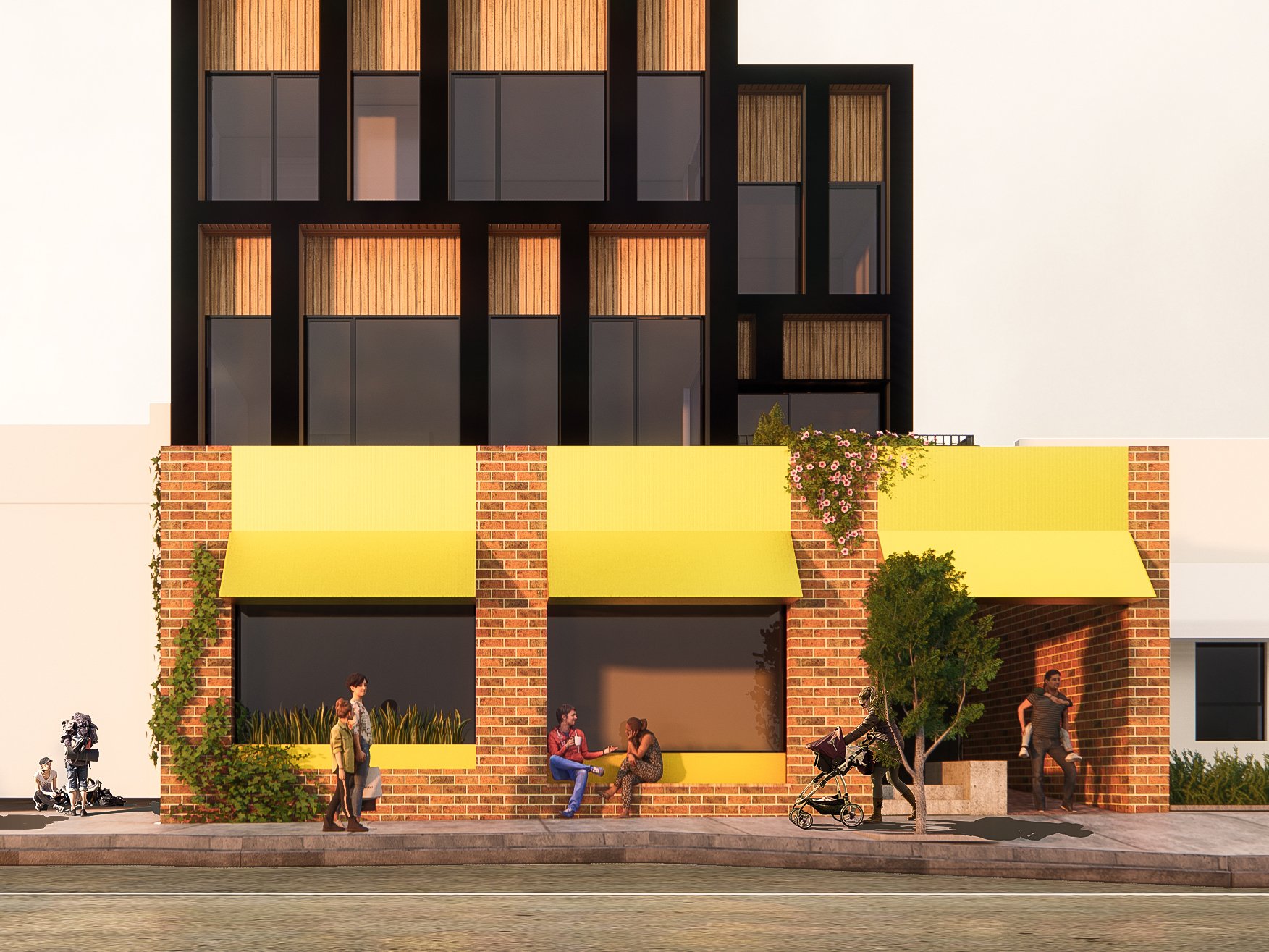